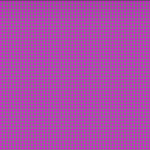 I'm currently doing my military service, so editing is difficult

Yuri meets Ushio, (Asuka too 178), cause he knows him from Soras stories. They team up, Yuri as a witch knows Rui. Latter out of interest helps the Shogi Club. They use Ichijo.

Powers which work through a medium would work otherwise through kissing.

Do witch powers of one group work on the other ones? Amnesia does. (Chapter 127)

Odagiri & Yamada's Relationship: She loves him because she thinks he saved her back then? Or is it like Tsubaki and Shiraishi, that he does not notice her like all the others? (Ch. 133)

Why did Yuri let Yamada try his power?

The Amnesia power sure is the weirdest power. Who can use it on whom and to which extent? And when are you immune?

With Memory Dive, you don't change the present ("I was reborn", 211). But why does Hino hate Yamada in 212 suddenly? Maybe because she remembers that bad kiss from back then

When did Tamaki lose his power? (222: at the first ceremony, but he remembered yamada throughout the second)

Now when were the two witch sets set up? Shiraishi became a witch with the contract (239), but nancy has been one since at least june 1st year. So Yamazaki surely (and cause rika) cant have set up one of the sets. But why are there two sets?

The witches were in rotation for seven years? (chapter 60)

Retrieved from "https://nananinnomajo.fandom.com/wiki/User:Quamboq?oldid=17687"
Community content is available under CC-BY-SA unless otherwise noted.